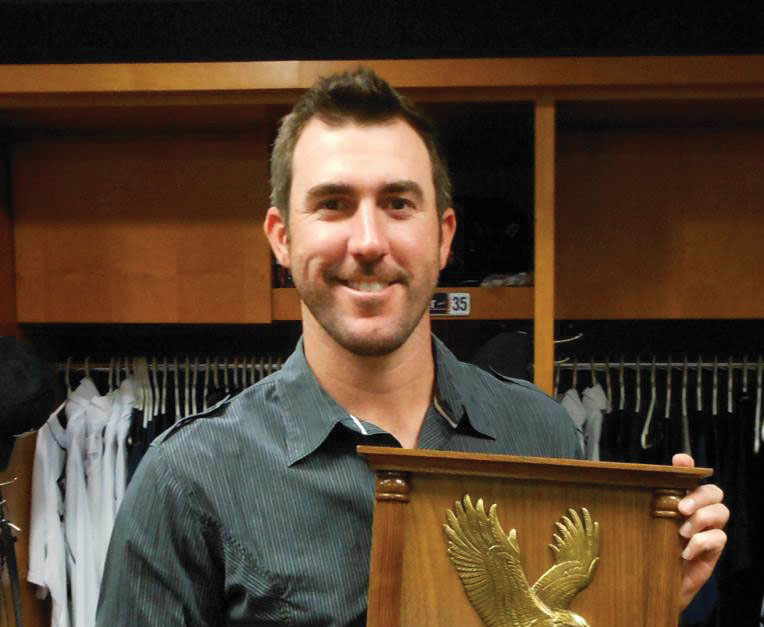 Detroit Chapter 9’s headquarters is located just a few blocks north of Comerica Park, the home of the Detroit Tigers. In fact, the chapter’s one-acre park is often used for tailgating and parking for both Tigers and Lions games, as well as many other events in the city. Detroit has a strong reputation as a sports town, and Chapter 9 fits like a fielder’s glove. During the thirty-plus years of L.Z. Motown’s existence many positive interactions have taken place between Chapter 9 and Detroit’s sports teams, especially the Tigers.

Each year the Detroit Tigers host Veterans Night at Comerica Park. Veterans are offered box seats at a discounted price, which includes food and a soft drink. Chapter Treasurer George Sheppard III and Chapter 9 AVVA member Irene Spooner coordinate the chapter’s participation every year. Vic Colosi, a Chapter 9 member and professional driver, shuttles members and guests by bus to and from the game at no cost. Chapter 9 provides free parking as well as hospitality sessions before and after the game.

Veterans Night with the Tigers is much anticipated; more than one hundred members and guests attend each year. The chapter is highlighted on the Comerica Park scoreboard, along with other veterans groups. One year Chapter 9 Vice President Paul Palazzolo, who had been named Michigan’s Veteran of the Year, threw out the first pitch. Palazzolo also serves on the Metro Detroit Veterans Coalition (MDVC) Veterans Day Parade Committee.

When Chapter 9 hosted the MDVC Veterans Day Parade in 2009, the retired “Voice of the Detroit Tigers,” legendary announcer and Marine Corps veteran Ernie Harwell, served as grand marshal. It was his last public appearance before he succumbed to cancer at age 92. This year the team has offered to have the Tigers mascot, Paws, participate in the parade.

Ace Tigers pitcher Justin Verlander has done a great deal to recognize veterans in the Detroit area. For one thing, he has given tens of thousands of dollars to the Detroit VA Medical Center. Recently Chapter 9 presented him with a plaque honoring his service. A photo of him holding the plaque has a place of honor on the wall at Chapter 9 headquarters.

The Mike Illitch family, which supports the city and owns Little Caesars Pizza—as well as many of the sports and entertainment venues in town—plans to build a new multipurpose sports facility directly across the street from Chapter 9, which will certainly lead to more positive interaction. In addition, Chapter 9 members have volunteered for Illitch Charities, and the chapter was recognized as one of the top fundraisers during the Detroit Red Wings 50/50 Raffle two years ago.

Located in the heart of Detroit, VVA Chapter 9 plays a major role in making a positive difference in the community. Even with all the difficulties Detroit has been experiencing, our members have always been there for support. “In Service to America” is truly a motto we live by.