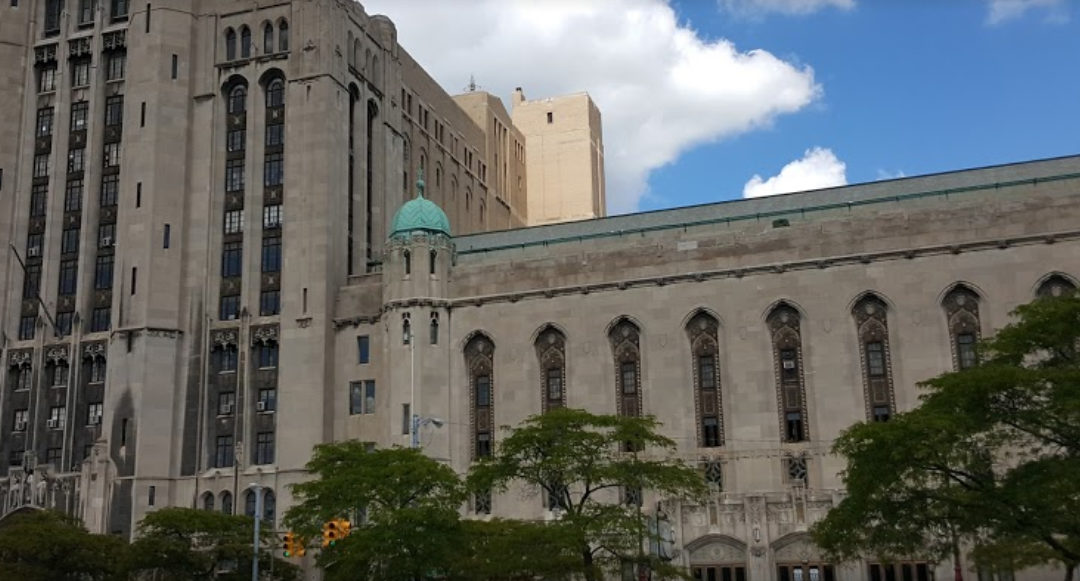 More than 50 years ago, Detroiters who fought in the Vietnam War came home to a hostile America, where veterans wanted to be welcomed home but often met public animosity.
That’s one reason why a few of them founded the The Vietnam Veterans of America, Chapter 9, for veterans to get together, share stories, play cards and bond with one another. Over the years, the vets did a number of things for the community such as helping the fire department, feeding the homeless, organizing the city’s Veterans Day parade and founding the first homeless shelter for veterans in the state.

But on Saturday, they left the home where it all started at 2951 Woodward, at Temple, in Detroit. The Ilitch family purchased the building from the veterans two years ago to make way for Little Caesars Arena, the new home of the Red Wings under construction.

So the group is moving to a temporary location inside the Masonic Temple until the group finds another home in downtown Detroit, possibly in the new entertainment district.

To mark the bittersweet occasion, more than 50 veterans and supporters, along with a flag and rifle team, attended a Retirement of the Flags ceremony, where the American flag was lowered on the property and then raised on property of the Masonic Temple.

“It’s sad,” said Paul Palazzolo, president of the Detroit Vietnam vets chapter.”Our kids grew up here, we have a lot of memories here, we partied here and our camaraderie was built here.”

In spite of the sadness that came with leaving their home, Palazzolo said they agreed to sell the property for the progress of Detroit to continue.
“It’ not the end of us,” said Palazzolo. “It’s a new beginning for us.”
The Detroit chapter of the Vietnam vets was founded 37 years ago. At one time, there were 1,600 members but today there are 184 members. Palazzolo said there is work behind the scenes to possibly build a museum and monument in the city, and they have a few new places in mind for their next home.

There was a lot of hard work that went into building the Vietnam veterans chapter and the memories that naturally came with it, said Edward Tuggle, director of the VVA Chapter 9.

“You can’t replace some things,” said Tuggle. “But the new place is going to be beautiful.”