Dogs to Help More Veterans, Thanks to Detroit Group 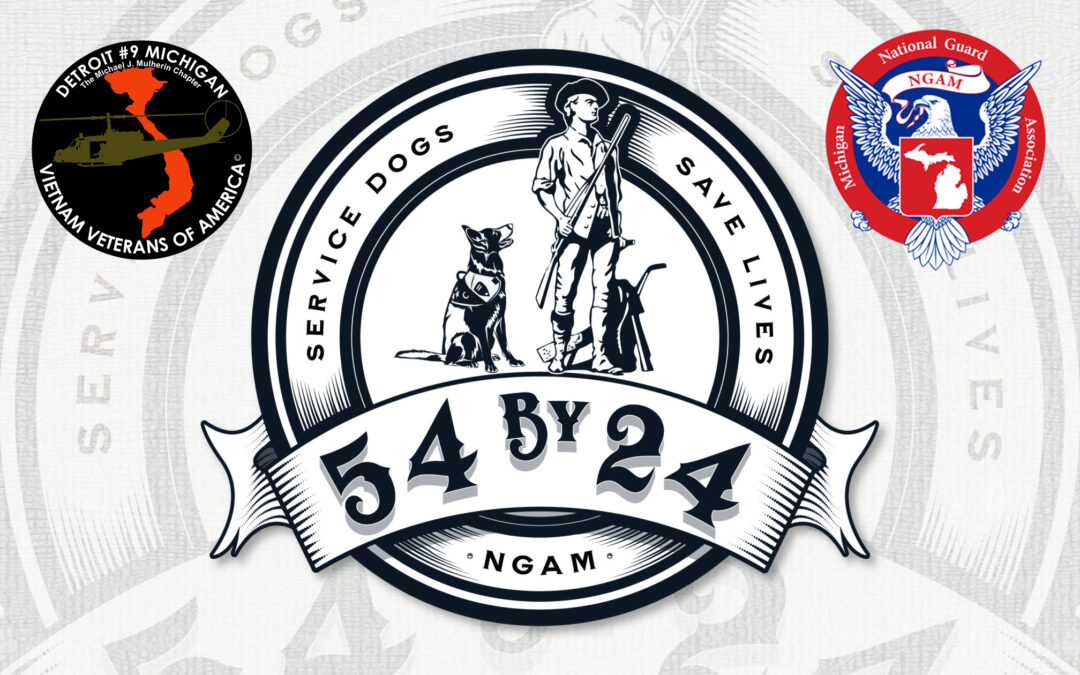 A program to partner service dogs with veterans to help combat depression and other mental health challenges just got a boost from Detroit Chapter #9 of the Vietnam Veterans of America.

VVA#9 agreed to donate $25,000 to the National Guard Association of Michigan (NGAM). To raise awareness of post-traumatic stress disease (PTSD) and to reduce high suicide rates among veterans, NGAM has set out to partner 54 service dogs with individuals who served our country.

The suicide rate for National Guard active-duty service members is 30.6 per 100,000 compared to 25 for the rest of the military, according to a 2018 report by the Department of Defense.

“Serving your country, while the ultimate sacrifice, also can have some long-term effects on one’s mental health and we need to ensure that our veterans are helped and treated,” explained Paul Palazzolo, president of VVA#9. “We are proud to provide this means of support to a veteran.”

NGAM  is working to sponsor 54 dogs by 2024 (the 54 by ’24 Campaign: Service Dogs Save Lives), which equals one medical service dog per state and territory by the time the National Guard hosts its two largest military conferences in Detroit in August of 2024.

The organization “is incredibly grateful for the support of Detroit Chapter #9 of the Vietnam Veterans of America.  We are thankful that this amazing group of veterans care,” said Jeffrey Frisby, NGAM’s executive director. “This donation is proof of their commitment to see veterans suicide end in America.  Through this donation, they will get to name a service dog, they will get updates on the dog’s training, and be able to learn about the veteran”— from the Michigan National Guard — “and the life that their contribution has changed.”

VVA#9 supports and honors veterans by helping them access resources, advocating for veteran-centered policies and legislation, being a partner in the Metro Detroit Veterans Coalition that hosts the annual Veterans Day Parade, and working to better our community through scholarships, donations and other philanthropic efforts.