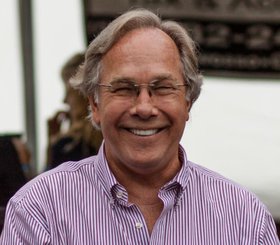 As Detroit moves along its path for renewal and enlightenment, making the most of our newfound cool status requires that we be ready to handle the growth. Yet a recent study by the Associated General Contractors of America cites a potential labor shortage that could impede the big build. I contend that Detroit, and the state, has an overlooked opportunity to meet those demands.

One of the key resources for a stronger workforce could and should be veterans of the U.S. Armed Forces. Michigan, with more than 625,000 residents who served, is home to one of the country’s largest veteran populations.

As a Vietnam veteran from Detroit, I have seen how the skills and dedication of veterans have played an important role in sustaining and/or improving systems, education and social challenges. The National Veterans Business Development Council (NVBDC), headquartered in Detroit, has been working for years to certify which businesses are indeed veteran-owned and thereby increase the employment of veterans. Contractors should start their search here as they look to fill positions.

As the NVBDC succeeds, more veteran-owned businesses are expanding their outreach, contracts and employees. For the Detroit area, this means that more products and more services can come from veterans.

There are also national success stories touting the synergy between veterans and the construction industry. Industry leaders and advocates say veterans make ideal workers because of their intense loyalty, dedication and teamwork.

Many companies have initiated programs to train and employ veterans. The Home Depot Foundation announced last year that it will donate $50 million during the next 10 years to prepare 20,000 workers for the construction industry, by partnering with the Home Builders Institute to train, among others, military veterans and active U.S. Army soldiers who will soon be leaving the service.

We’re also doing our part to grow the ranks by investing in local youths.

Vietnam Veterans of America, Chapter 9, recently donated $10,000 to the Detroit Public Schools Foundation for scholarships, a portion of which was designated for students pursuing a career in the building trades. The basis of this effort, which was announced at the Randolph Career Technical Center, is not just to seal the legacy of our servicemen and women, but more importantly it is to provide another career choice for Detroit youths. The scholarships are being administered by the Detroit Public Schools Foundation.

The funds will help those students pursuing careers in the trades pay for either an accompanying degree program at a community college or the costs of critical items such as transportation, construction apparel and equipment.

So, as we work to address labor shortages that will enable the people of the city, and of the area, to meet the tasks ahead, I suggest making the most of the population who has already proved their mettle by tapping into the men and women of the U.S. Armed Forces. There are many, many veterans who are ready and able to report for that duty.

Jack Devine, who served in the U.S. Air Force in 1965-1969, is a founding member of the Vietnam Veterans of America, Chapter 9.