Bob Pisor, a Vietnam-era veteran and the anchor for WDIV Channel 4, produced a feature about Chapter Nine’s war on crime in the city. With the help of the mayor’s office, the Detroit Police Department, the Greater Detroit Building Trades Council, the local Navy Seabee reservists, the UAW, and the membership, the job was done. L.Z. Motown opened its doors and became a viable veterans service center in the heart of the city. 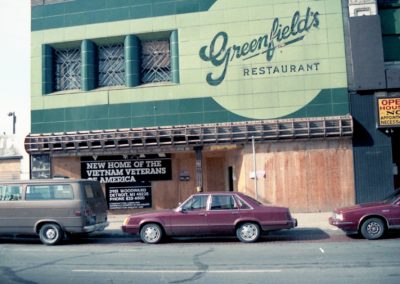 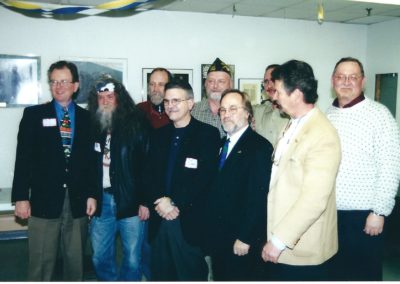 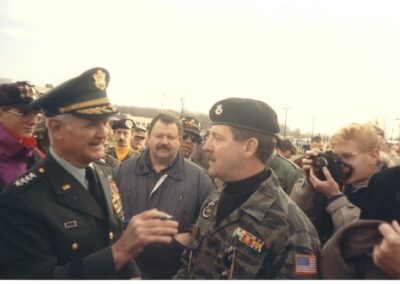 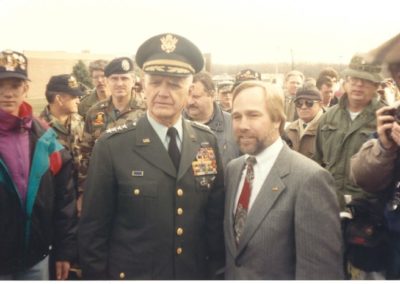 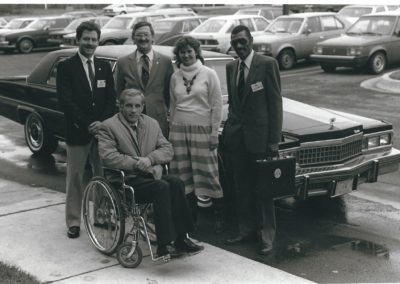 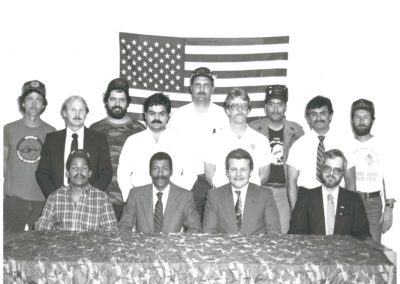 In order to keep the doors open and their programs running, chapter members were always fund-raising. One of the early members designed, patented, and turned over the rights to produce a license plate with a Huey helicopter emblazoned over the Vietnam Service Medal. As more veterans came forward to show their pride in their military service and their support for fellow Vietnam veterans, sales soared. Soon, new varieties of VVA Chapter Nine hats, shirts, and other items went on sale. When Chapter Nine members helped create the VVA Michigan State Council, they supplied much of the Vietnam veteran merchandise to new chapters throughout the state.

Many other activities were used to generate funds—raffles, dinners, dances, “millionaire” parties, rummage sales, car washes, and auctions, to name a few. The building was expensive to maintain, and competition from other chapters made fund-raising more difficult. Chapter Nine was located in the inner city, and everyone in the area was poor. In fact, many chapter members were homeless. Through it all, the chapter remained vibrant.

Chapter Nine set up its education program in conjunction with local schools and universities. Its speakers’ bureau put together symposia and classroom discussions at town halls, community centers, and classrooms all over the metropolitan area. Veterans brought their stories to audiences in places such as the Grosse Pointe War Memorial, Detroit Athletic Club, and the University of Michigan. Through history and English classes at Wayne State University, students learned about the Vietnam experience via talks, writings, and poetry presented by Chapter Nine members. University Liggett School, a private preparatory school in Grosse Pointe, sponsored a day-long program that brought high school students and veterans together to develop a better understanding of the war in Vietnam and its effect on American society.

Most of the VVA chapters in Southeastern Michigan were formed by members of Chapter Nine. L.Z. Motown became known as the “Mother Chapter” as more and more chapters were created by spin-offs from Chapter Nine. Turf wars ensued, but eventually agreements were reached and things settled down. Many activities became joint ventures in which all participated. 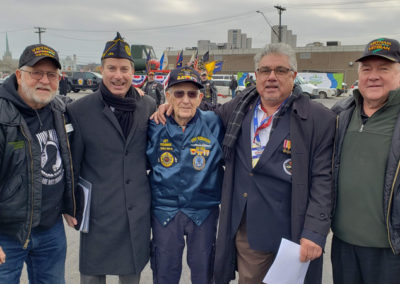 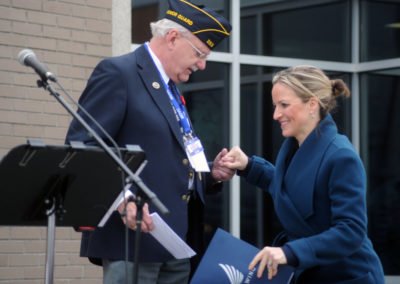 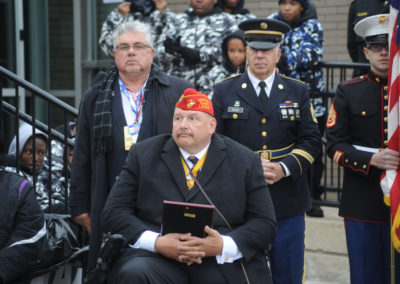 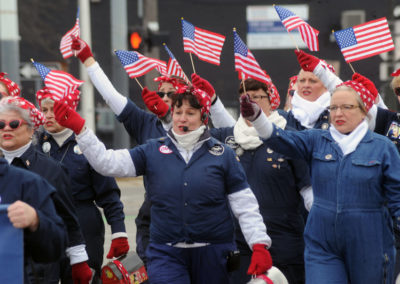 Under the motto “In Service to America,” Chapter Nine spearheaded countless community-based programs throughout the Detroit area. Chapter members, their friends, and families showed up with brooms and shovels to clean the block of trash and debris. The building hosted counseling sessions to help homeless veterans find jobs and reintegrate into society. Eventually, the Michigan Veterans Foundation was established. Chapter Nine influenced the decision to open the new VA hospital in the city rather than rehabilitate the outdated Allen Park facility. During the construction of the hospital, the chapter donated office space to the VA so they could provide much-needed services to local veterans.

In the 1990s, holding true to the VVA motto that “never again will one generation of veterans abandon another,” Chapter Nine began organizing rallies to support troops from the first Gulf War, beginning with a parade down Woodward Avenue. One rally was videotaped by WJBK-TV and sent to the crew of the USS Ranger in the Persian Gulf. As local troops came home from the war, they were given grand receptions at chapter functions. Some joined as VVA associate members.

A bill was passed to build a state Vietnam Veterans Memorial Monument in Lansing. Most of the commissioners appointed to fulfill the task of reaching this goal came from—or later joined—the ranks of Chapter Nine. The Michigan Monument is located in the heart of the state capital, near the Hall of Justice, the Michigan Historical Library, and the Capitol itself. The memorial recognizes the 2,654 Michigan Vietnam servicemen and one woman who paid the ultimate price.

Chapter Nine played an important role in the establishment of the Canadian Vietnam Veterans Memorial, as well. The North Wall, as it is affectionately called, sits proudly at the foot of the Ambassador Bridge in Windsor, Ontario. Organizers used L.Z. Motown as a base of operations to run most of its fund-raisers and rallies. The annual “Run to the North Wall” motorcycle rally began at Chapter Nine a year after the dedication, and it continues today. A plaque at the base of the memorial recognizes the chapter’s contributions.

THE OFFICIAL VOICE OF VIETNAM VETERANS OF AMERICA, INC. ® AN ORGANIZATION CHARTERED BY THE U.S. CONGRESS  MAY/JUNE 2005 FEATURE   ​

Visit the Bentley Historical Library below to see a complete list of records on file.