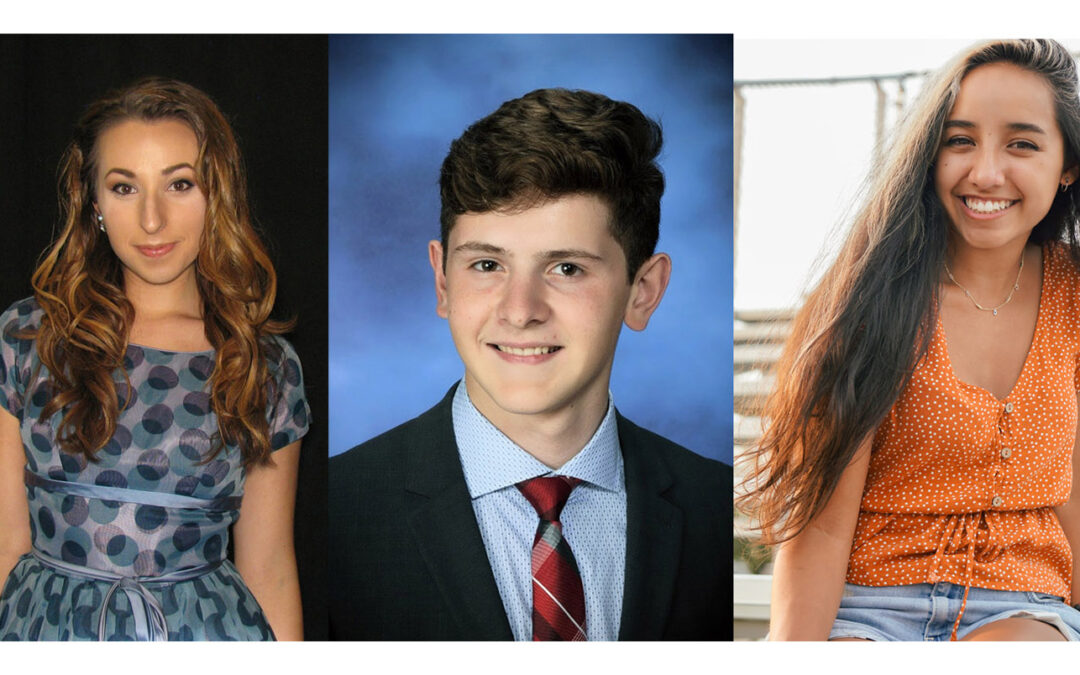 The first three Michigan students to win scholarships as Vietnam Veteran descendants say the funds will allow them to not only further their education but also to honor their grandfathers.

Detroit Chapter #9 of the Vietnam Veterans of America, through a $250,0000 endowment managed by the Community Foundation of Southeast Michigan, established the scholarship program last year. The three students received $3,000 each.

“So many who served still endure the after-effects of the Vietnam War, whether it be through PTSD, health challenges due to Agent Orange or financial woes because of how we were treated when we came home,” explained Paul Palazzolo, president of VVA Chapter #9. “These scholarships are a way to help the families of those who served and to help provide access to education.”

Noted Miriam Noland, president of the Community Foundation of Southeast Michigan: “We are honored to partner with the VVA Chapter #9 to recognize three outstanding students. We congratulate the VVA Chapter #9 for supporting youth whose family gave of themselves to support our country.”

This year’s recipients, who have expressed deep caring about serving the community, are: Shaylin Cota of Tawas, Angelos Gogonis of Birmingham, and Katarina Moore of Royal Oak.

Cota, 20, graduated from Lansing Community College and now attends Grand Valley State University. The marketing major’s late grandfather, David Thompson, served in Vietnam as a member of the U.S.  Air Force. The oldest of six children, she is the first in her family to go to college.

“I come from a big family, so it’s kind of hard,” she explained. She noted that her grandfather, who died in 2018, “would be very proud.”

Cota’s parents met and got married while serving in the U.S. Marine Corps, and the family’s dedication instilled in her a commitment to service, she said. She does that by working in the student center, helping those new to the university with the transition to college.

“My main goal in life is to just help people in a way that my parents and grandparents have been able to help,” Cota said.

Gogonis, a senior at Michigan State University majoring in microbiology, is also a first-generation college student. He carries a 3.9 grade point average, is enrolled in the Honors College, and works as a teaching assistant.

His grandfather, Richard Heggie, served in Vietnam as a member of the U.S. Air Force.

“My grandpa’s real proud,” said Gogonis. “He didn’t get the chance to have a secondary education.”

The scholarship award “gives me an opportunity to focus more on academics and working in the community versus working to pay for my education,” said Gogonis. “As a first-generation college student, that really means a lot to help me out in my education.”

Moore, a junior at the University of Michigan-Dearborn, shares the overachiever gene held by Cota and Gogonis. She is a dual major in English and secondary education with a minor in speech and has 3.98 grade point average. Because that is the equivalent of pursuing two degrees at once – and because she is determined to still graduate in four years – she has taken at least 15 credit hours every semester.

She also is a member of the Honors College and leads a mentorship program.

But because the pandemic halted her work teaching theater and physical education, covering the costs of the fall semester was going to be tough.

“This scholarship is really just amazing,” said Moore. “I cannot express how thankful I am to be able to know that I can cover my tuition and my books; I am no longer concerned.”

Moore, whose grandfather Michael Phillips served in Vietnam as a member of the U.S. Navy, wants to continue her family’s legacy of education work by teaching middle school English, coaching debate and theater groups and, one day, opening up her own school. Her passion is ensuring that young people can tackle public speaking and she wants to make learning more accessible.

“I want to be able to take that interest in the students and really be upbuilding of individual students… and do it in a way that’s self-sustaining,” said Moore.

The descendants of Vietnam Veterans scholarship will be awarded annually.

Michigan has more than 200,000 Vietnam-era veterans, according to the National Center for Veterans Analysis and Statistics and the U.S. Census, making it the largest veterans group in Michigan.

Shaylin is a junior at Lansing Community College, where she is pursuing a degree in marketing. She has earned academic honors and awards for maintaining strong grades. Shaylin serves as a peer mentor, volunteers at animal shelters, and is generally an active participate in her community. Shaylin is from Tawas, Michigan. Her grandfather, David Thompson, served in the military from 1967 to 1973.

Angelos is a senior at Michigan State University where he is studying
microbiology. He earned Dean’s List recognition and placement in the
honors college, while also holding leadership roles for several clubs.
Angelos is a first-generation college student. Angelos is from Birmingham, Michigan. His grandfather, Richard Heggie, served in the military from 1962 to 1968.

Katarina is a junior at the University of Michigan-Dearborn where she is working toward a degree in English and education. Her plan is to pursue a career as a middle or high school language arts teacher and debate coach. Katarina is a member of the honor college and she is an active volunteer in her community and on campus. Katarina is from Royal Oak, Michigan. Her grandfather, Michael Phillips, served in the military from 1967 to 1973.