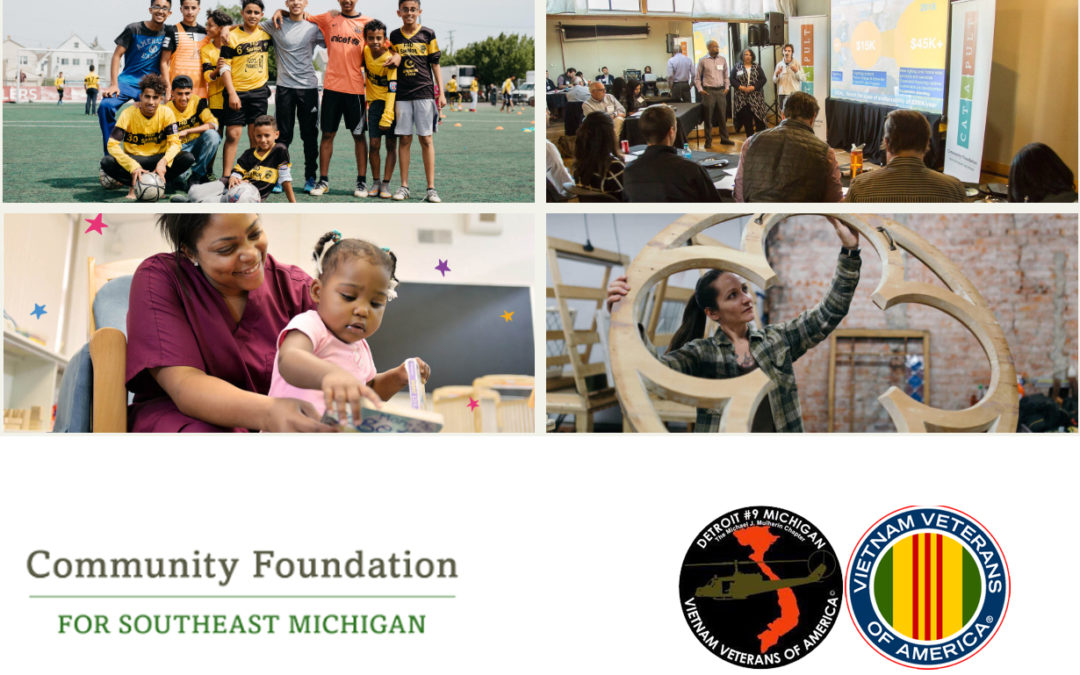 A group of veterans who faced myriad challenges both during and after their military service are working to ensure that new generationshave one less hurdle of their own.

Detroit Chapter #9 of the Vietnam Veterans of America, in partnership with the Community Foundation of Southeast Michigan, has established a scholarship for their descendants.

“The obstacles our veterans had to overcome–being spurned when they came home, dealing with the effects of Agent Orange and post-traumatic stress — are ones that, sadly, we still are coping with today,” explained Paul Palazzolo, president of VVA, Chapter 9. “Providing some money to help our future generations succeed is one way to ensure that they can have better lives than we did.”

To qualify, applicants must:

Preference will be given to students with a demonstrated need as well as to those whose family member(s) are/were members of VVA, Chapter 9 for a minimum of five years.

Michigan is home to approximately more than half a million veterans, an estimated 38% of whom served during the Vietnam War, according to Veterans Data Central. The brutal conflict stretched over 20 years, cost 3 million lives and caused long-term effects on those who served.